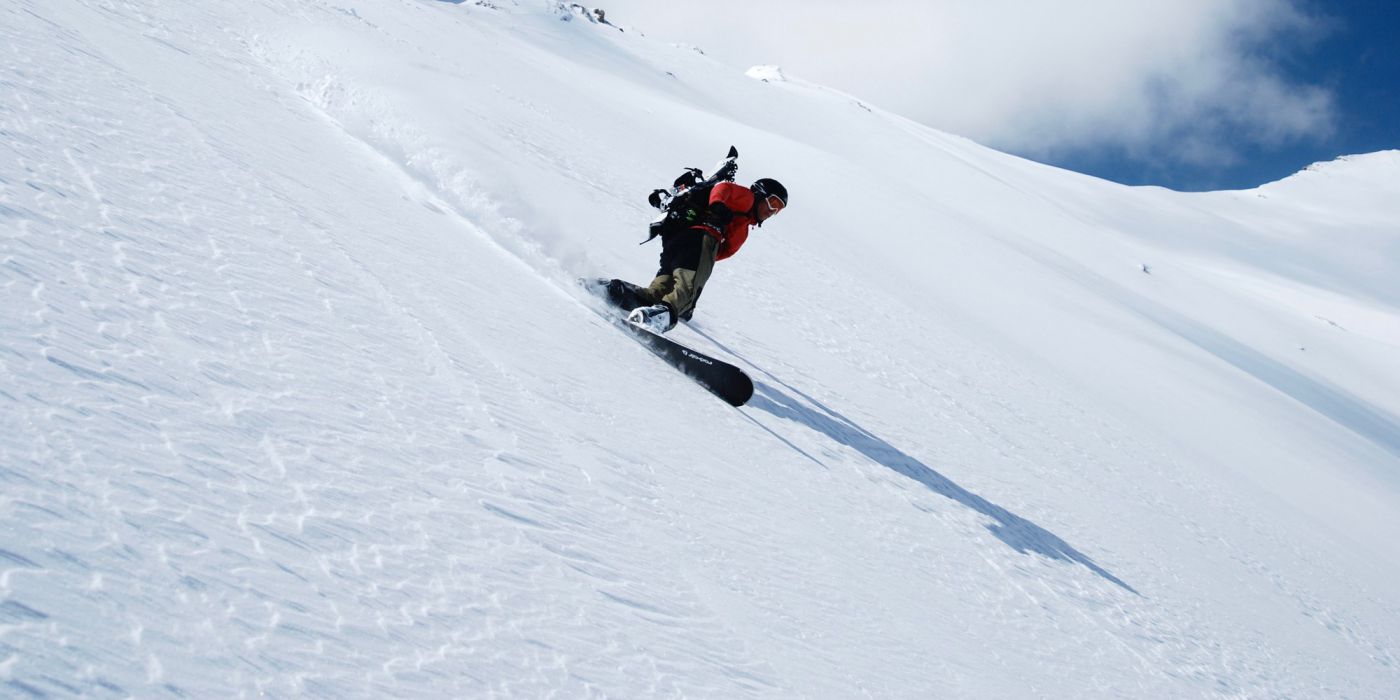 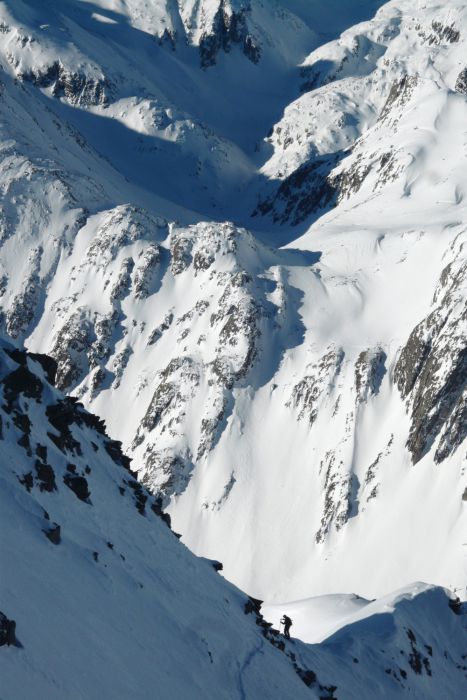 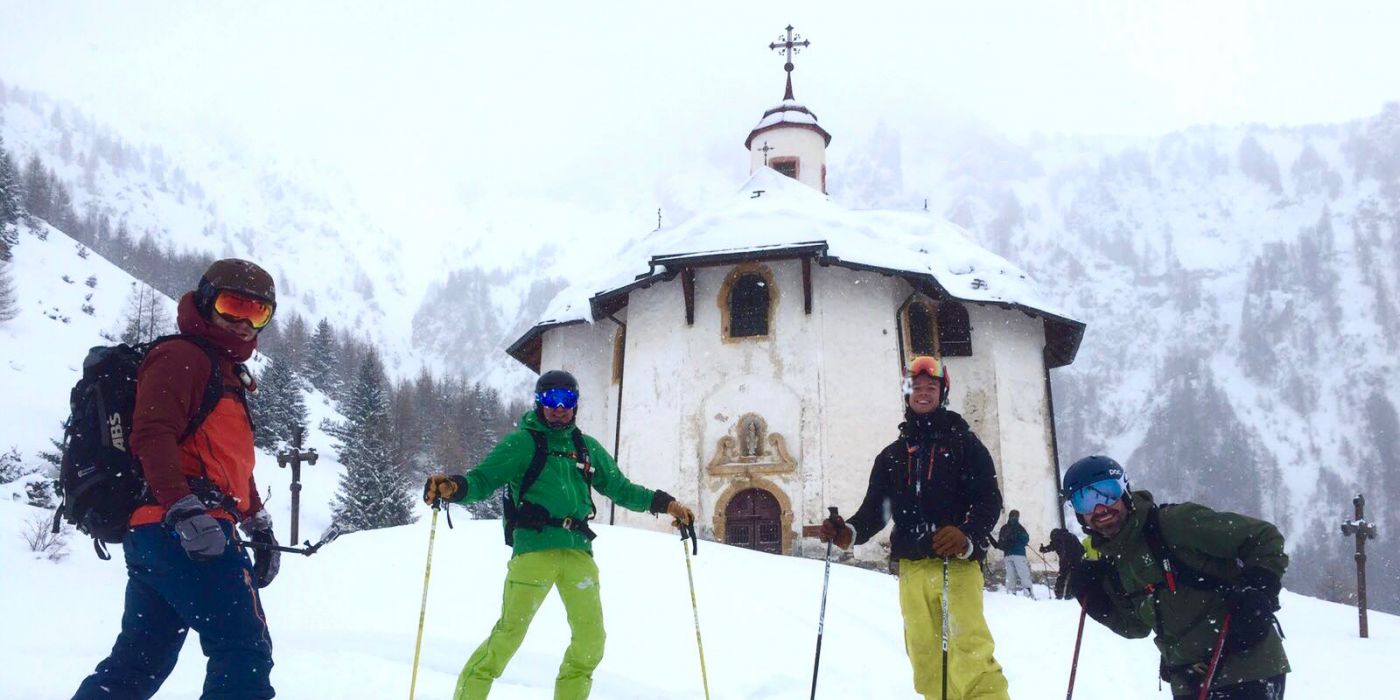 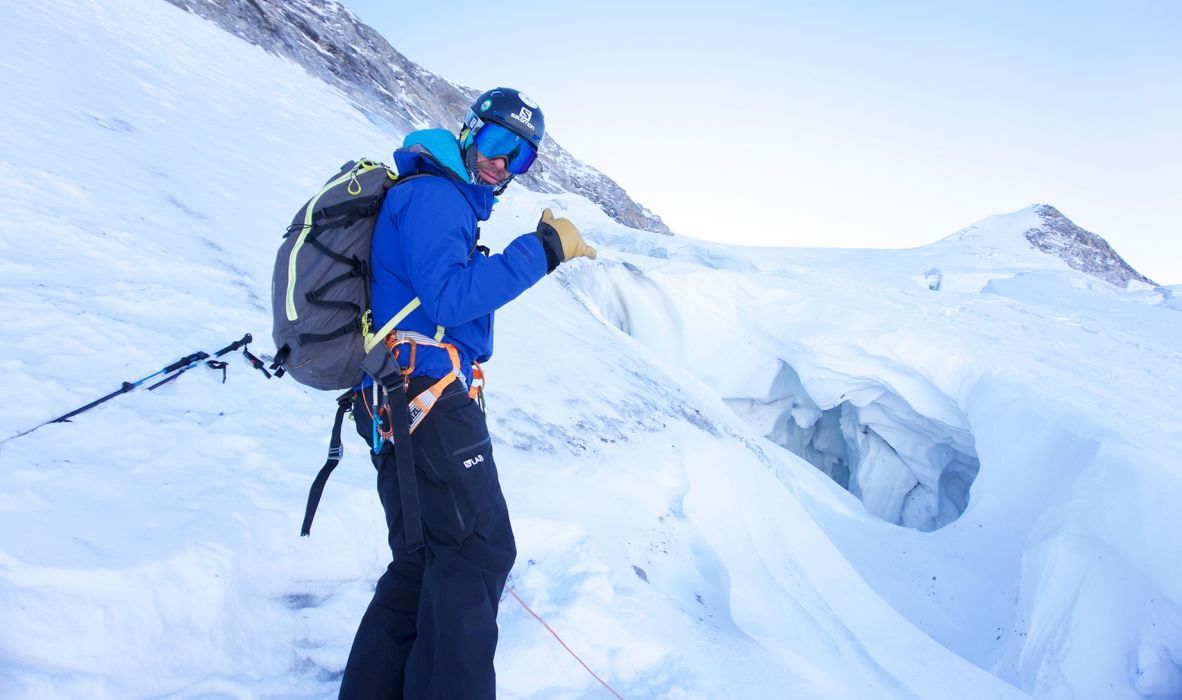 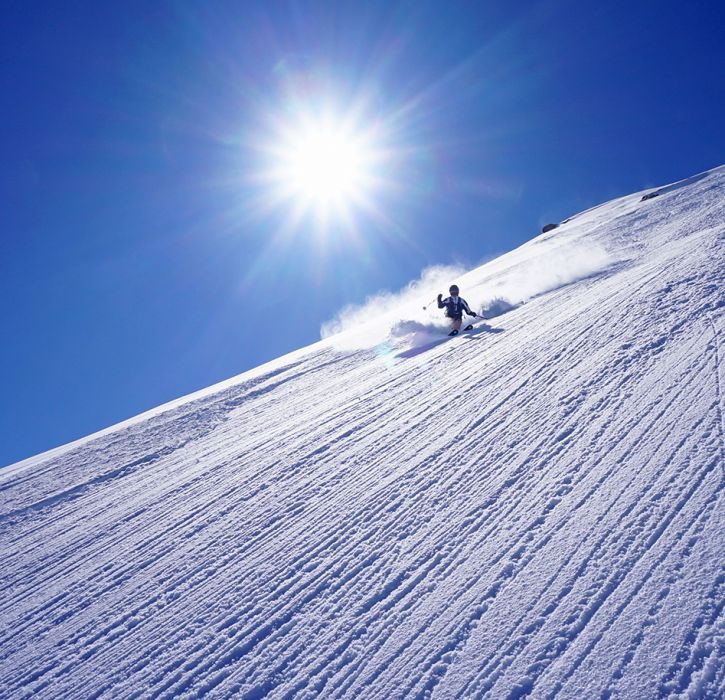 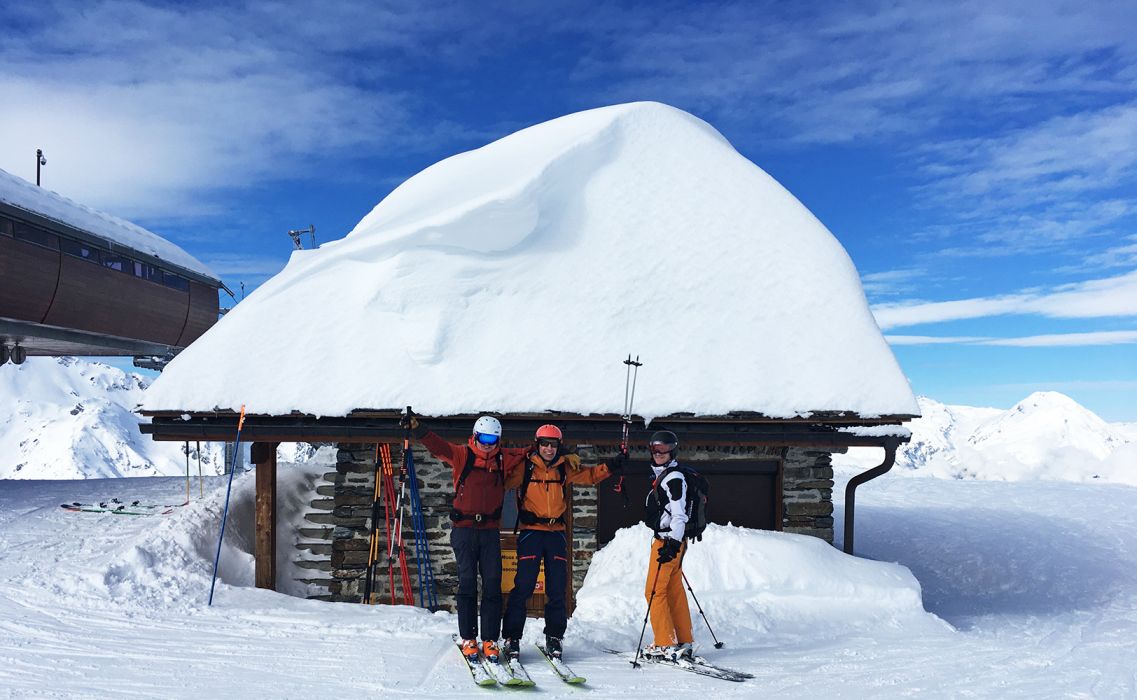 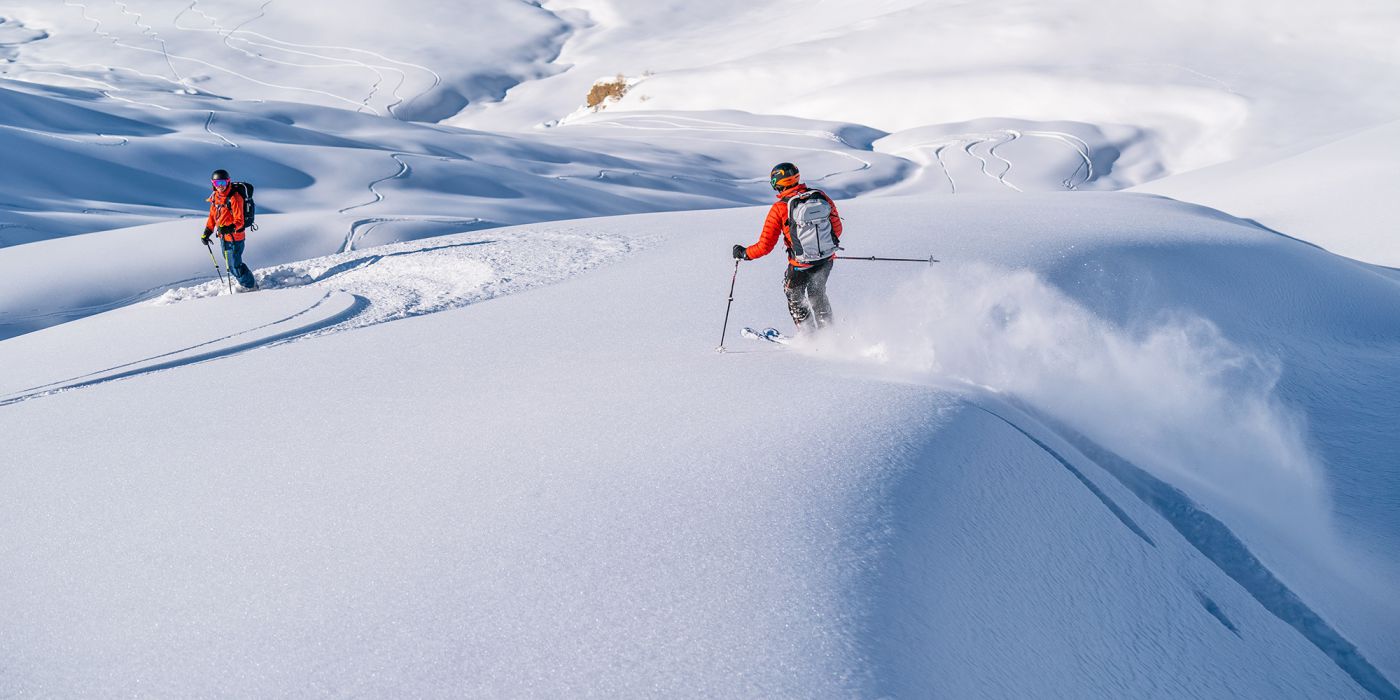 Exclusive:
. tranport to location and during the trip
. lift tickets, around € 55,- per day
. lunches and drinks

Group:
. minimum of 5 to a maximum of 6 participants per guide

Just between the mountain ranges of Mont Blanc, Gran Paradiso and the Ecrins we have the National Park the Vanoise, with the Grande Casse (3855m) as their highest peak. This region in the Savoie has a huge potential of freeride terrain. Like we are known for, we are not such a fan of the XXL Ski areas with those corresponding masses of people. That's why we are trying to avoid the circus and take the fast running lifts up for access to the terrain off-limits. Like always an approach with respect for nature.

All descents are possible from the centrally located Bourg Saint Maurice; from long and sloping to super steep in a direct line. We reach the off-piste terrain via one of the hundreds of lifts and we will occasionally walk a short distance or approach it via a fast traverse. The ski bus takes us to the different stations of the Paradiski in no time. The Espace Killy is a bit further (40 minutes).

On Sunday evening we meet in a hotel in the centrally located town of Bourg Saint Maurice. On Monday morning we will slowly acclimatize. We pay attention to the technique, which helps to enjoy just that little bit extra. A long off-piste run behind the top of Foglietta in the small ski resort of Sainte Foy could be a nice kick-off. The plenty descents that we can do in the coming days will be done as you are used to from us; ski as many variants as possible! Adapted to your skills and wishes, the group's own abilities and the snow conditions. We already dream of the face du Charvet or the long descent to les Gorges de Malpasset in Val d'Izère. La Grande Motte or Chardonnet above Tigne. The glacier de la Gurra from Les Arcs which is so beautiful seen from Sainte Foy or perhaps a day a little more leisurely on the slopes from Mont Valaisan in the Italian la Thuile. And when everything comes together, something really big is possible too. Have you ever heard of the steep lines of Aiguille Rouges in les Arc or the Bellecôte in La Plagne?

Travel Covid-proof with PowderGuides? See the FAQ page for an explanation.

Our maximum group size is 6 people per guide and in rougher, more exposed alpine terrain, this number will be decrease even more. This allows us to make no concessions on quality or safety, and to give every guest enough personal space and attention to improve.

PowderGuides consists a team of international certified mountain guides with each 1000plus hours of expertise in the immense terrain. With no lost of enthusiasm they will improve your skills of freeriding and touring very fast, but they are also involved in professional training. And this last point makes them up to date on every latest trick in the profession.

All the guides speak several languages as French, German and English. If you have any question about your trip you can contact us by phone in the office or send us an email in English, French or Dutch.

What can we do for you? Although you’ll find many explanations on our Frequently Asked Questions page below. Please use the inquiry form via the contact page for customer support and service, general and specific inquires for any help.